Son of Midas from Green Jade 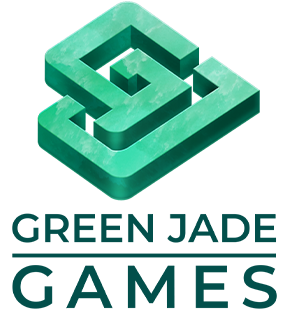 A 5x3 slot with a charming cast of characters set in ancient Greece.
Son Of Midas includes many different features including Symbol Upgrades, Random Wilds added to the reels, and a Golden Reel that grants various prizes. There is also a Bonus Picker game, Free Spins, and the chance to receive cash prizes from the Son Of Midas’ gold spell!

Magic Frame
The Magic Frame moves to a position on the reels on each spin, if a Wild symbol lands in the Magic Frame, one of three different features will trigger: Symbol Upgrades, Random Wilds, or the Golden Reel. The Magic Frame features can occur during Free Spins as well.
This Magic Frame feature upgrades the lowest ranked symbols on the reels until a win is made. Symbols are upgraded to the next pay tier up: Low Pay symbols become Mid Pays and Mid Pays become High Pays. All symbols of the same rank upgrade simultaneously.
This Magic Frame feature adds a variable range of 3 to 5 Wild symbols on to the reels randomly, before the spin is evaluated.
The Golden Reel is another feature that can result from the Magic Frame. In this feature, the player is rewarded one spin of the Reel, which happens automatically and before the reel spin is evaluated for wins. The Golden Reel has 12 wedges, and the wedge prizes include: Free Spins, Multipliers (multiplies the stake of that spin), and a Bonus game trigger.
During Free Spins, the Golden Reel prizes are worth double value, except for the Bonus Picker prize, which is still worth a single trigger.

Bonus Picker
Landing 2 Bonus symbols anywhere on the reels during the Base game will trigger the Bonus Picker game. Bonus symbols are not active during Free Spins, and cannot be substituted with Wild symbols.
In the Bonus Picker game, the player is presented with 3 ornate vases to choose from. Selecting a vase will award a prize. All prizes are multipliers to the total bet. Players can win prizes in the range of 5X up to 500X their total bet.

Son Of Midas Spell
Occasionally and at random during a Base game spin which has a winning combination, but which does not trigger any other features, the Son Of Midas may appear to practice his gold spell and reward the player with a random prize. This feature occurs after the spin has been evaluated. Spell prizes include various multipliers to the players total win amount, or the player total bet amount, or the spell failing (which is worth nothing).
Sometimes after failing his spell, the Son Of Midas will try the spell again. There is a chance that the spell will succeed and a prize will be awarded.